A Day in the Forest

Reconnecting with nature just outside Omaha

On a recent visit to Omaha, my husband John and I were eager to get away from our hectic lives for a chance to relax and reconnect. Our two kids, Alyssa, 13, and Syrus, 10, were busy with school and activities that left our family little time to just be. To that end, we decided to visit Fontenelle Forest, a 2,000-acre forest just a short drive from downtown Omaha. When I was a young girl, I lived in the country. Since then, I’ve missed the quiet and tranquility of nature, and I wanted my kids to have a chance to explore the sights and sounds of the outdoors and experience the wonders of nature firsthand instead of just reading about it in a textbook. With any luck, they would learn to love it as much as I do.

As we walked into the visitor center at Fontenelle Forest, the kids disappeared into an exhibit right off the lobby, drawn in by the large, interactive screens that invited visitors to test their knowledge of raptors. Alyssa and Syrus took turns scrolling through the timed quizzes on everything from the migration patterns of red-tailed hawks and the nesting habitat of barn owls, to the food sources of eagles. 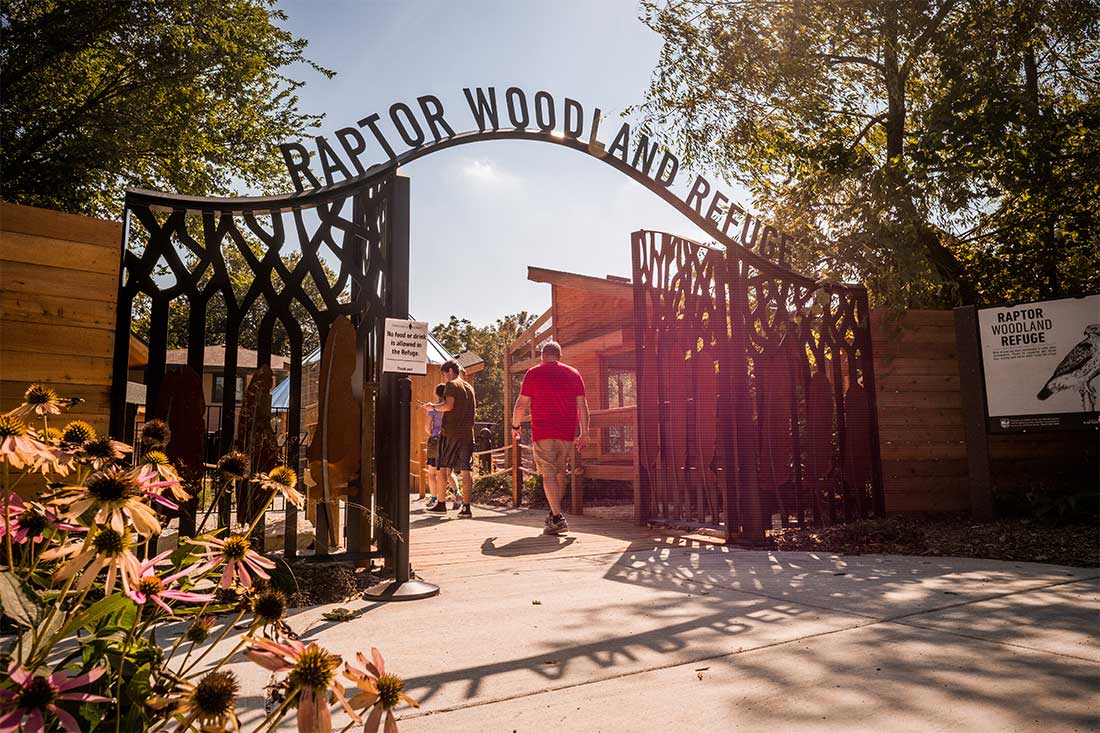 Meet raptors as they are rehabilitated 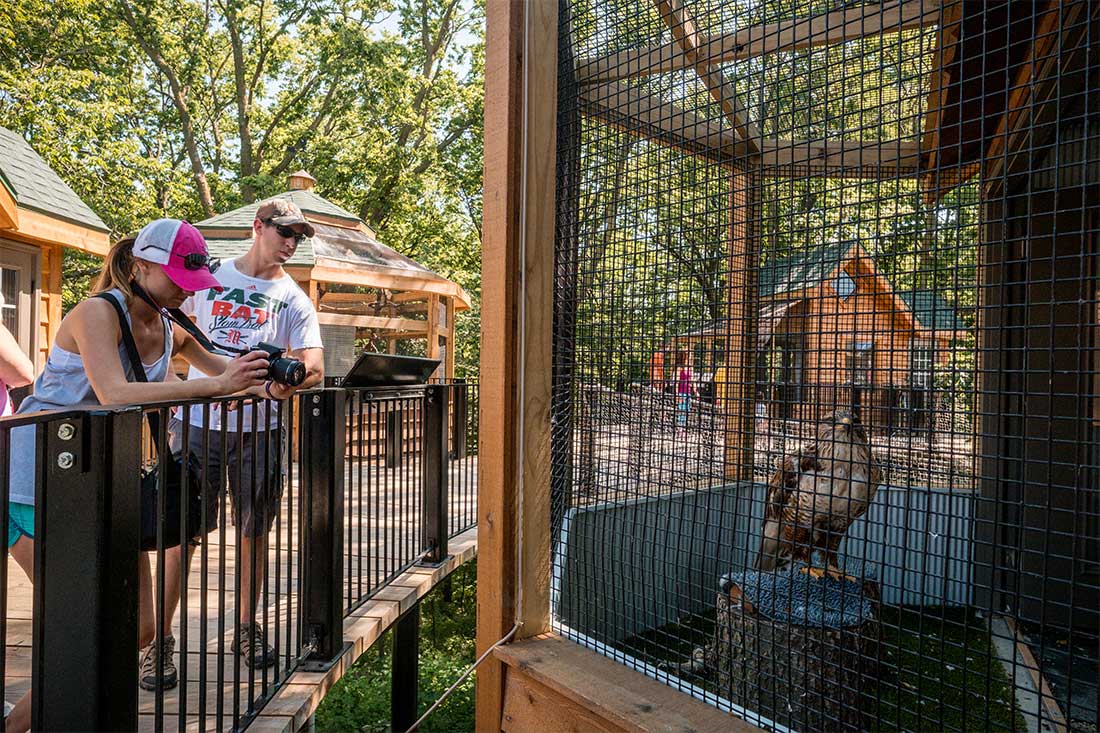 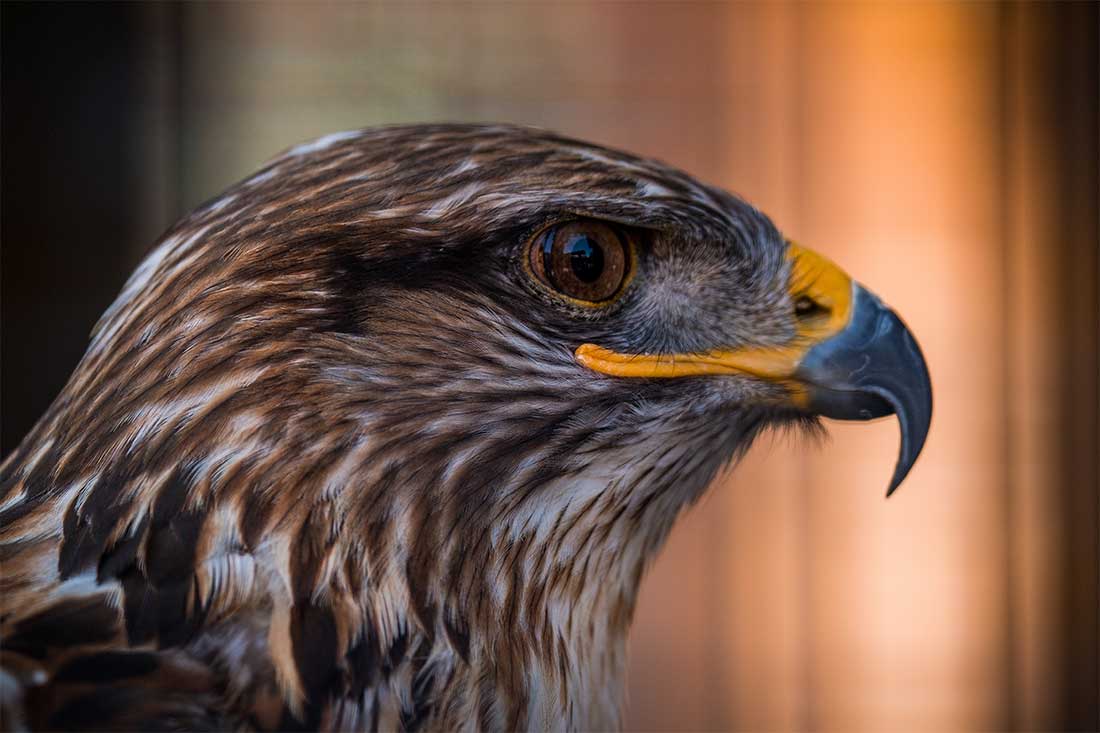 Discover the beauty of raptors

After paying admission, we headed for the doors. Just outside the lobby was Raptor Woodland Refuge, a fenced in area with mews, or miniature “houses,” where we found a variety of raptors that have been rescued and brought to Fontenelle Forest for care. Some raptors can be released back into the wild after recovering, while those that cannot, get a permanent home at Fontenelle. Syrus made eye contact with two great horned owls, who stared back, wide-eyed and unblinking.

“Some raptors can be released back into the wild after recovering, while those that cannot, get a permanent home at Fontenelle.”

“I didn’t realize there were so many different kinds of hawks,” Alyssa called from the far enclosures. Pointing out the differences between the rough-legged hawk, Swainson's hawk and red-tailed hawk, Alyssa noted Swainson’s hawk had a lighter underbelly than the others.

“Maybe we’ll see one in the forest!” Syrus said, rushing toward the trails. Their observation skills were being put to the test.

As John and the kids grabbed a map and headed for the trails, I stopped to read “Warbler Watch,” an updated list of warbler sightings in the forest, found on the notice board at the visitor center. As a child, I recall my grandmother hanging suet feeders at her farmhouse for her favorite tiny yellow-rumped warbler. I was excited that I might soon see one here.

We started our hike on the Riverview Boardwalk, a one-mile trail with three interconnected loops and an easy hike to start the day. We heard a group of excited children’s voices, and we were soon met with a group of young day campers. “There’s a tree over there with a big hole in the trunk where snakes live!” an enthusiastic camper yelled to Syrus, who ran to see. “And on the next trail is a deer bed!” another camper shouted as he ran to catch up with his group. 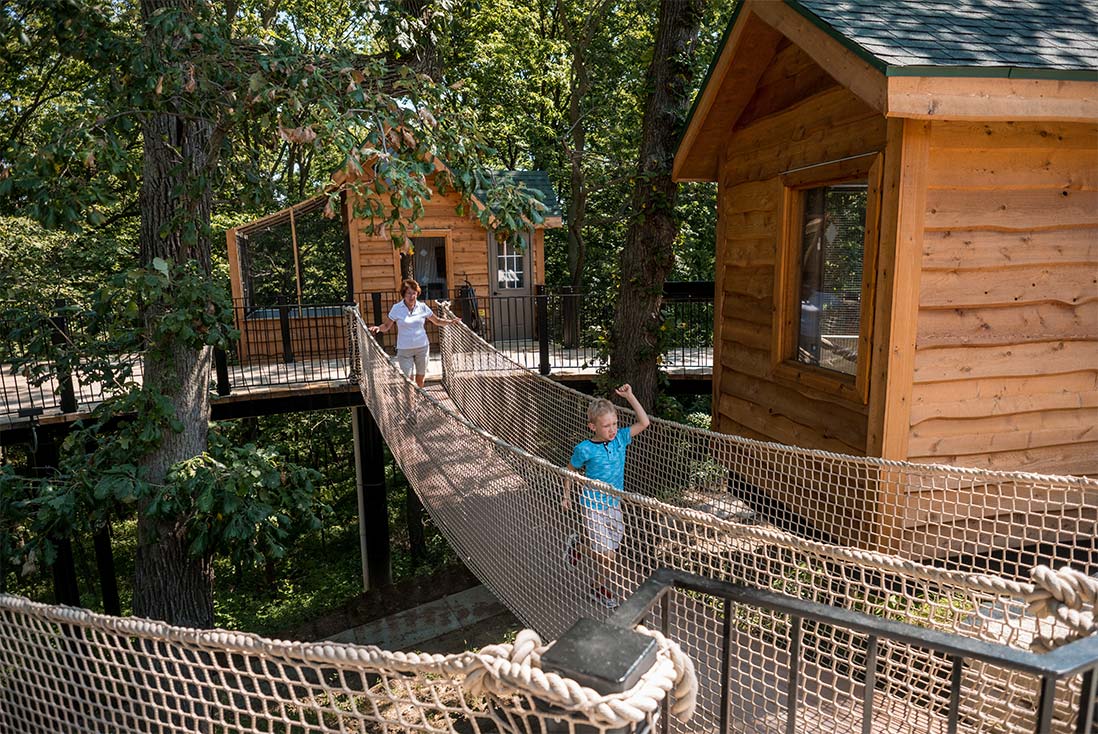 John and the kids were soon searching for wildlife while I paused, gazing up into the mottled tree canopy at the last bit of sun before the shady woodland forest. As I turned to continue my walk, I noticed movement in the brush. My heart skipped a beat as I witnessed 15 or 20 turkeys crossing into the denser forest brush, foraging along their way. I wanted the kids to see, but they were too far ahead to hear me—so I dashed after them.

“My heart skipped a beat as I witnessed 15 or 20 turkeys crossing into the denser forest brush, foraging along their way.”

“Kids! You won’t believe what I just saw—turkeys!” I said, gasping, pointing, as I caught up. They ran back to see the last of the turkeys scamper off into the forest.

“I had no idea how big they were!” Syrus exclaimed.

Into the woods and following the footsteps of Lewis and Clark

As we continued deeper into the forest and with a new sense of excitement and discovery, we headed down Ridge Trail, a short hike to a bluff overlooking the Missouri River. Dotted along the trails were placards with excerpts from Lewis and Clark’s journals, retelling stories of their team’s expedition through the area. “This says that Meriwether Lewis sighted a badger here,” Alyssa noted. “I read about Lewis and Clark in school, and they were actually right here!” John and I looked at each other and smiled.

The sound of a woodpecker’s hammering echoed through the treetops, while two gray squirrels played tag on the path in front of us. The pungent smell of burnt leaves caught our attention as we came upon an oak woodland that was being restored through prescribed burns to reestablish native species.

“Look! Hoof prints!” Syrus yelled, pointing to the soggy earth. The four of us bent over to investigate.

“Dotted along the trails were placards with excerpts from Lewis and Clark’s journals, retelling stories of their team’s expedition through the area.”

“Yep,” John said. “Those are hoof prints all right. Be on the lookout for deer.” Syrus and Alyssa looked bug-eyed at each other, then took off like trackers on a mission.

John and I held back, enjoying the sights and sounds. A distant train whistle disappeared in the rustling treetops, the sound of the dancing cottonwood canopy mimicking the sound of rushing water. A chorus of “pee-ah-wee” from a tufted titmouse and the “ank-ank-ank” of a nuthatch serenaded our leisurely hike. As we rounded the bend and caught up with our children, the Missouri River lay before us, a vast expanse of water that Lewis and Clark traversed over 200 years before. Though they hadn’t spotted any deer, their eyes were glowing with the thrill of the search.

From prairie to forests to wetlands

While we covered lots of ground that afternoon and every type of ecosystem imaginable, including upland and lowland forests, native prairie, oak savanna and wetlands, we would never be able to cover all 26 miles of trails in one day, so we began our hike back. As we rounded the final turn atop the woodland bluff, I could see, far in the distance, the skyline of downtown Omaha. John and Syrus were chatting ahead of me, while Alyssa and I walked behind. Sad to be leaving, I turned for a last look and glimpsed, flitting in the oak canopy, a tiny bird, a warbler—a yellow-rumped warbler. Quietly, I turned to Alyssa and pointed. She had been looking for this one, too, and her eyes got big when she saw him. He stopped long enough to sing his soprano song before he fluttered away. We shared a grin and picked up our pace.

“As we rounded the final turn atop the woodland bluff, I could see, far in the distance, the skyline of downtown Omaha.”

Already planning our next visit, we made one last stop in the gift shop. Our visit to Fontenelle Forest resurrected so many happy memories from my childhood, and awakened a love of nature in my children. Seeing how much fun they had exploring the forest, I think that passion will last a lifetime.

Download the Omaha Savings app to save $2 off admission for up to 6 people and 10% off gift shop purchases!

Discover more of the beautiful outdoors in Omaha, Nebraska.